‘Inside Job’ is an interesting documentary that provides a detailed analysis of the 2008 Financial Crisis which originated in the United States of America but ultimately affected most countries of the world. This movie exposed the harsh realities of the world and broke some of the stereotypes and misconceptions I had regarding the US governance and the functioning of global economic systems. It was a shocking surprise to know that the cause of the second largest global financial crisis can be traced back to the 1980s when Reagen’s government de regularized investments and allowed banks and other financial institutions to make risky investments with the public’s hard-earned money.

It an interview-based movie where the director goes about interviewing the key people who could give meaningful insights into the crisis. I like the style used to question some of the wrong-doers involved. Initially starting with open-ended questions, the director slowly moves on to specific questions until the interviewee says, “Ow…ow..ow and then, Stop the camera!”. These situations clearly show those people’s involvement in setting up the stage for the recession to take place. The public’s loss was their gain. The movie starts off by showing how deregulation in Iceland adversely affected its economic situation. As Andri Maganson said, “Newspapers always had the headline, this millionaire bought this company, in the UK, or in Finland, or, in France, or wherever; instead of saying, this millionaire took a billion-dollar loan to buy this company, and he took it from your local bank.” This is a clear demonstration of the fact that every single person involved already knew that the recession was coming. From the financial analysts to the media, literally everyone. But, there was a combined effort to hide this from the taxpayers and the investors in order to make the maximum personal profit from such a terrible situation.

The International Monetary Fund and the World Bank were initially set up after the world war to provide low-interest loans to countries which were devasted during the war. But, over the years both of these financial institutions have deviated from their primary purpose, and now the powerful countries which contribute more money to these funds hold a pretty significant leverage over these establishments. This is the reason why Dominique Strauss-Kahn, the Managing Director of IMF was taken aback while asked whether it is difficult for the IMF to criticise the United States.

When this Financial Crisis happened, I was around ten years old. Although I couldn’t understand the economic technicalities behind the situation, I used to read the newspaper and knew some global financial problem is underway. My country, India was one of the least affected countries by the recession, so I don’t have any personal experiences related to this global occurrence. In my opinion, this was primarily because India is a developing country where the economy does not rely on the housing sector, and people do not make risky investments. The process of procuring a loan is also much harder. You get a loan only if you can prove that you do not need it. This is in contrast with the home-loan process in the USA as shown in the film. People with non-credible financial status were able to get easy home loans which resulted in the big surge in housing prices and ultimately those who couldn’t pay their mortgage were left homeless. It was sorrowful to see how the corrupt financial institutions played around with the common man’s life savings so casually for their personal gains and the governments did nothing about it. 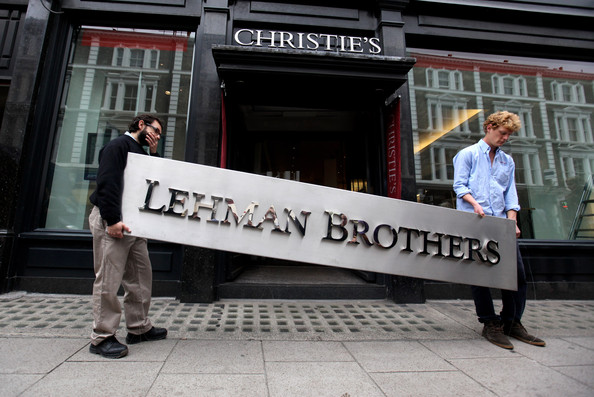 The movie accurately explains, how the lenders sold their mortgage loan to investment banks who in turn made a product called CDO out of it. These CDOs were then sold to investors. As we know, there was a large amount of money involved behind this process, even the so-called ‘modest and trustworthy’ investment rating companies were paid vast sums of money for rating these CDOs as ‘AAA’ (highest possible rating) to invest. It was all a trap to get hold of investors’ money as the company officials themselves bet against the very CDOs that they sold to investors as AAA investment options. As shown in the film, the company officials knew that it was a ‘crap’ deal, but they still misled the investors into it. The fact that the Goldman Sachs’ CEO and senior officials declined to interview with the director of the film and their shaky testimony before the Congress regarding Timberwolf Securities makes their real intentions much more clear.

IMF’s former Chief Economist and the former Governer of the Reserve Bank of India, Raghuram Rajan had warned about the crisis way back in 2005, but still, no measures were taken by the government to prevent it. If the government had been considerate enough, it was practically possible to prevent the crisis from happening. After it had ended, no one was ready to take responsibility for it. Most executives walked away with millions of dollars while the rating companies defended themselves by saying that their rankings are just reflections of their opinion and cannot be taken as absolute indications. It was quite an easy escape for everyone involved.

The fact that bothers me the most is that a lot of people involved in these corrupt activities were professors or lecturers from various elite American Universities like Columbia Business School and Harvard Business School to name a few. The suspicious tone with which Glenn Hubbard (Dean, Columbia Business School, and Bush’s chief economic adviser) replies to a question regarding conflict of interest makes his interests very clear. Just imagine, if such people possess the power to shape some of the country’s finest minds, then the country’s future is certainly in danger. The whole purpose of universities is to make their students better members of the society, but when a teacher himself is engaged in such misleading activities, then one cannot expect his students to be any good.

During his election campaign, President Barack Obama talked about making significant improvements to USA’s financial situations by regulating the financial industry, but after being elected, he did not live up to his promises. Even after suffering such a loss, the government is not realizing its mistakes and the deregulation still exists. Financial industry must be not be given full freedom by the government, and the loan granting process must be improved. A Proper investigation must be conducted against those guilty for the 2008 crisis. If the above steps are not taken, the world might be looking towards a repeat of events.

The recession had taken a toll on the growth rates of most North American and European countries because all of them are heavily dependent on the US dollar. The BRICS countries like Brazil, India and China were not harmed. These countries now have one of the best growth rates and are predicted to takeover key economic roles in the future.